A major determining factor in your ability to work toward your goals, is getting the proper advice. 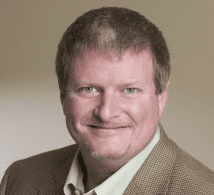 Mr. Stewart is the co-founder of the firm along with Mr. Moy and serves as the President and Chief Operating Officer of nePara Group, Inc. Mr. Stewart’s primary responsibilities are directing daily operations and technology. From a corporate perspective, Mr. Stewart is responsible for operational and financial oversight of the company ensuring continued growth and stability for our clients. This role is vital to our business model as this enables our primary advisors to remain focused on the management of your goals.

Mr. Stewart came to the Financial Services industry as a second career in 2008. Today, with over 30 years of management experience, he has previously fulfilled the position of Vice President and General Manager for a privately held firm based out of Irvine, California. His primary focus in this role was business operations which included oversight of 4 manufacturing and distribution facilities in both Texas and California. Mr. Stewart held this position for 18 years prior to engineering a restructuring of the business where the successful endeavor afforded him the opportunity to seek out new career challenges.

He was recruited into the Financial Services industry by a top local executive recruiting firm and placed with another local LPL Financial branch office. This role of Vice President of Operations is where he and Mr. Moy began to recognize their similarity of culture and ideological views on both business and client service.

Mr. Stewart is originally from Dallas, Texas but has called San Antonio his home since the early 70’s. He and his wife Denise have three beautiful daughters, three cocker spaniels and were blessed with their first granddaughter Grace in December of 2013.

Mr. Stewart also serves as a non-interested member of the Board of Directors for another privately held firm here in San Antonio. He currently holds his FINRA Series 6 & 63 registrations through LPL Financial.